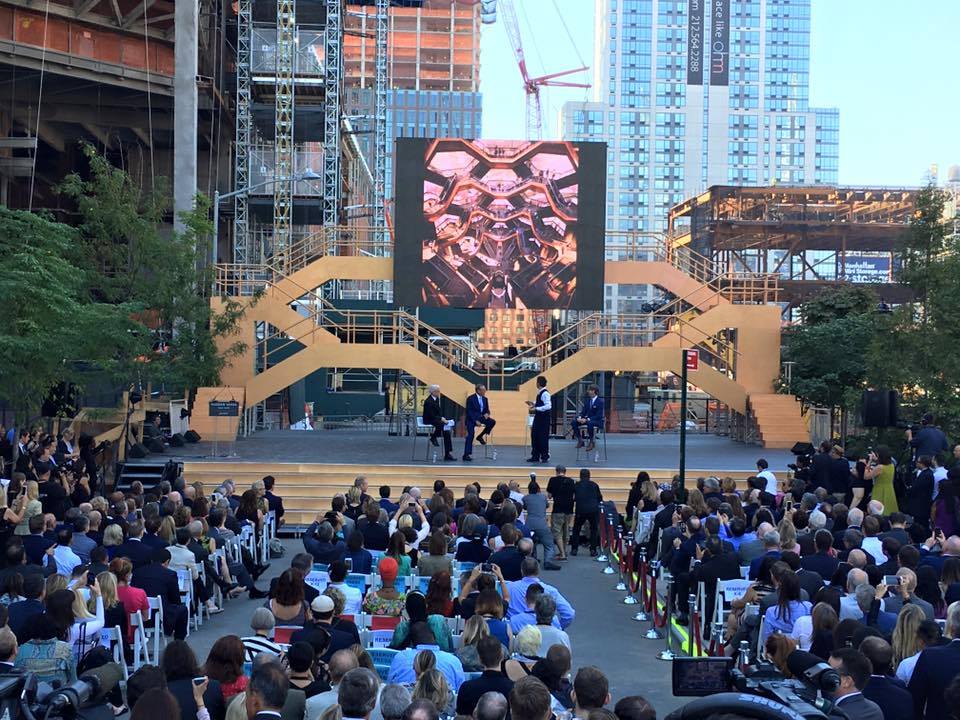 NEW YORK – Talk about an enthusiastic reception. “This Monument Could Be Manhattan’s Answer to the Eiffel Tower,” screamed a headline in the online edition of Fortune Magazine on September 14, when the design of a towering abstract structure called “Vessel” was reveled at a ceremony in New York’s Hudson Yards. Providing the gathered crowd with a better view of the proceedings and adding visual impact to special exhibitions at the reveal event were two large LED video walls created by Image Production Services, using CHAUVET Professional PVP and MVP tiles.

Those attending the ceremonies could forgive Fortune for its bit of hyperbole. Although it’s not likely to replace Gustave Eiffel’s creation in the list of iconic world structures, Vessel seems destined to become a universally recognized landmark once it opens officially in 2018. Fanning out from a relatively small base, the reflective glossy copper-colored edifice will become wider and wider as it stretches out 15 stories high.

Visitors will be able to walk into and up the structure’s 2,500 steps to enjoy breathtaking views of the Hudson River. But that treat lies two years in the future. For now invited guests at the A-list reveal event were happy to see very realistic renditions of Vessel displayed on a 10 tile wide by 8 tile high video wall made of MVP Ta8 Curve modular 8.33 mm pixel pitch video panels

The panels were flown on 20” box truss 40” in the air above the center stage set up in Hudson Yards, which is an engineering marvel in itself. (The largest private real estate project in US history, Hudson Yards covers 28 acres above an active railroad yard and encompasses 20 million square feet of offices, stores, apartments, schools, and hotels.)

Hudson Yards’ marvels were shown along with the renderings of Vessel on the video wall. “We ran excellent content provided by a visual and marketing company,” said Darren Lussier of Image Production Services. “They fed this content to us via a video truck sending me HD SDI, and we ran it through our scaler and switcher, then used a Chauvet MVP video driver as normal.”

The reveal ceremony started at 11:00 in the morning on a sunny Manhattan September day. However, the brightness of the CHAUVET Professional panels made it easy for visitors to see content clearly from all angles.

As part of the ceremony, which was attended by New York’s mayor and other dignitaries, there was an iconic Flash Mob Dance show performed by a troupe from the Alvin Allie American Dance Theater. The Chauvet panels were used to support this performance. “The video wall worked well with the dance,” said Lussier. “It displayed crisp images and went seamlessly from image to image.”

Lussier also created an 8’ x 16’ ground supported video wall with PVP X3 tiles for a reception on the 20th floor of a Hudson Yards tower. “Content was run by my Mac using Playback Pro, then feeding my scaler/switcher and also using the MVP video driver ,” he said “Also we ran HD SDI on both walls for a run at 1080 P.” That content included images of imagined living spaces at Hudson Yards, sharing a vision for the future. Thanks to these video walls, that vision was shared with crystal clear clarity. 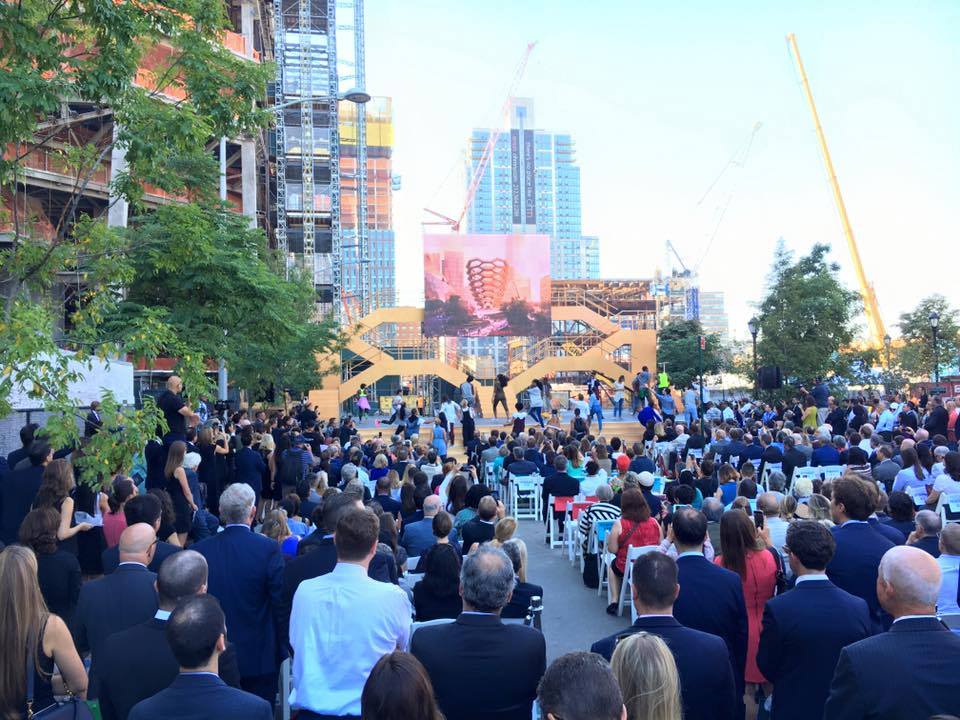