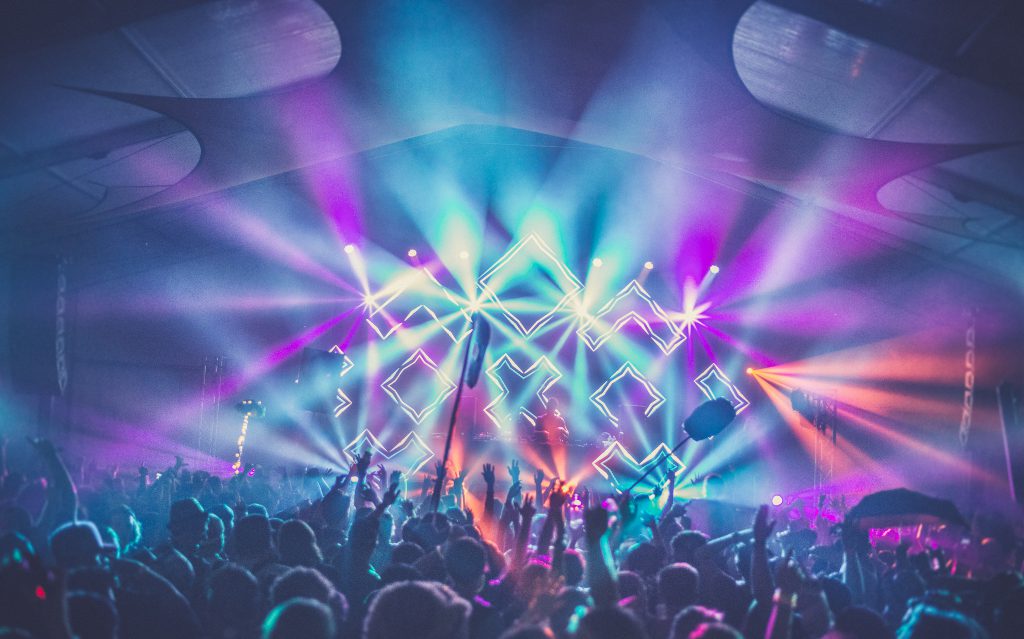 CHILLICOTHE, IL – The 20,000-plus fans who turn out for the weekend Summer Camp Music Festival like it so much that every year about half of them turn up a day early for a giant “Pre Party.” The assembled partiers almost double the population of the central Illinois hamlet of Chillicothe, but no one – neither townsfolk or visitors — seems to mind; such is the laid back nature of this event. In keeping with that spirit, the festival welcomes a variety of artists, as evidenced by the 2016 lineup that included moe., Umphrey’s McGee, Jason Isbell, Ani DiFranco and an array of EDM stars.

Each of these artists appeared on stages that supported their particular musical genre. For the EDM acts, this meant performing in front of an expansive, custom pixel mapped video wall on the Vibe Tent Stage that was created by Ryan Warffuel and Max Koehler of Antic Studios, using CHAUVET Professional PVP S5 panels.

The Antic Studios team used 43 of the 5.2mm pixel pitch panels to create the wall, which was divided into variously shaped geometric sections arranged on truss behind the DJ booth. At the center of the video display were two large panel configurations: one diamond shaped, and below it one arranged as an X. Flanking the X panel on either side were two smaller diamond shaped sections. The perimeter of the wall was made up of six V-shaped configurations. Borders on all panels were very detailed to make Antic’s intricate design stand out more prominently.

Forming a semi-circle around the center panels, the V-shaped units created a sense of movement across the stage without diverting attention from the performers, an EDM star-studded group that included Shiba San, SNBRN, Jackal, Manic Focus, Exmag, Liquid Stranger, Artifakts and more. A key reason for this was the vibrant custom content created by Antic Studios. “Some of the acts brought their own branded content, but most relied on us,” said Koehler. “We designed it to fit the stage and give it a strong EDM identity.”

Many times throughout the festival the segmented video wall displayed the same breakout pattern from slightly different perspectives on the differently shaped panels. This created a powerful reality transcending image on stage that matched the mood of the music. At other points, the Antic team displayed chase sequences on the panels, which were also used at times to saturate the stage with colored light.

“A great thing about the panels was their versatility,” said Warffuel. “We wanted to create a lot of different looks to reflect the personalities of all the various artists we had at the Vibe Tent.”

The Antic team used Adobe Illustrator to create a pixel map that matched the resolution of its LED panels and followed the stage designs layout. The pixel map was then imported into Adobe After Eﬀects and used as a template for the animations. The image was calibrated in LED Studio, and the signal was converted through Chauvet Professional VIP Driver, which was then linked to a signal distributor on stage. (This arrangement allowed Antic to run separate lines to stage deck flanks that needed to be shuﬄed around during changeovers.) All of the content was converted to DXV3 and then mixed in Resolume Arena 5.

To add extra impact to the Vibe Tent Stage and fill negative space, the Antic team brought 12 Rogue RH1 Hybrids to the festival. The Rogues, which were mounted on the side braces of the tent and were run by Herm Productions, provided aerial and audience lighting as well as color stage washing.

“By adding the Rogues to the video panels, we created an EDM club atmosphere inside the tent,” said Warffuel. “Our goal was to make this tent look different and give it a personality that stood out in this diverse festival. Our team members Derrik Kehler, Brandon Rathke and Joseph Vanderwiel worked hard to make this happen.” 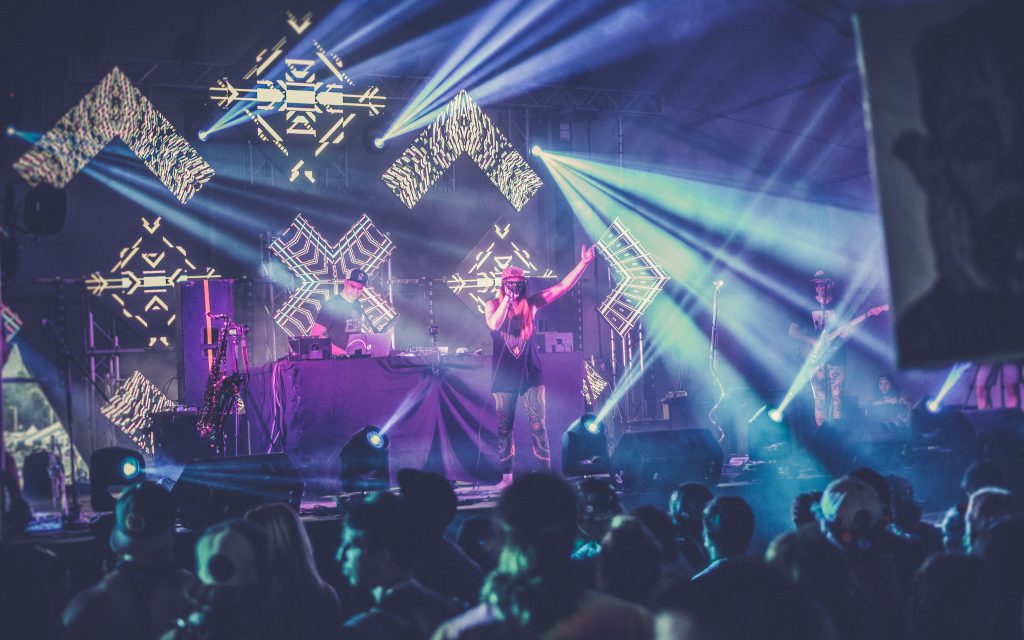